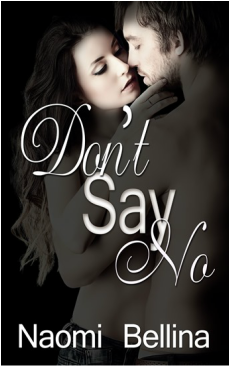 Jaeger didn't make a habit of lying, but he had to get off the phone. He couldn't talk to Amber anymore. Now, he clicked through the channels, trying to find something to watch that would lull him to sleep. Something to get his thoughts off Amber.  It wasn't working. His mind refused to let go of the image of her yawning and stretching, wearing nothing but a bra and panties. The more he tried to force the picture from his mind, the clearer it became. She probably wore black, with lace trim.

Damn it, get your mind away from that. Amber was off limits. He did not need a romantic entanglement with that kind of woman. With any kind of woman right now. He had to focus on this job.

It didn't matter what he told himself, Amber lingered in his mind. He could almost feel her soft skin as he caressed her, could taste her mouth as he slid his tongue past her lips. She would smile as she opened her arms for him, then wrap those long legs around his torso and dig her heels into his ass.

Moaning, he pulled his cock from his shorts and began to stroke it. What would she have said if he told her how he was going to spend his evening tonight? Rubbing his cock and thinking about her. As long as he was fantasizing, might as well take it all the way.

She would say she was on her way over and tell him to wait for her. Just leave the door open. She'd come in, jump right on the bed and unfasten her bra. He'd rip her panties off with his teeth, then she'd straddle him and slide her tight sheath down onto his shaft.

With a strangled cry, he came, throwing his head back on the pillow. Damn, that was fast. Apparently, he was overdue. Panting, he allowed himself to finish his fantasy. He would wrap his arms around her and hold that luscious body all night. Well, not all night. They'd have a drink, he'd say something funny just to hear her cute laugh, and they'd go at it again, two or three more times.

He rolled from the bed and limped to the bathroom to clean up. He'd done a lot of walking today, and his leg was tired. More relaxed now, he lay back in the bed, his arms crossed behind his head. It was none of his business, but he had an intense desire to know if Amber was still seeing Randy. He would try to find out the next time he talked to her.

The logical part of his brain told him to leave it alone. Even if it wasn't a horrible idea to think about dating a woman who lived to have fun and wanted desperately to leave this town for some exotic place, it was a bad idea to think about dating in general. He had to put all his time and energy into getting Bella Sun turned into a profitable company. And while he was at it, finding another lucrative business to buy would show his father he was ready to be cut loose and given more responsibility.

The other part of his brain, the one that had just enjoyed that mind-blowing orgasm, smacked the logical side and told it to get to work thinking of clever a way to find out if she was dating.  And he wanted more information. He wanted to find out all about her. She was smart, he could tell that, she had a lot of common sense and was creative. She wasn't afraid to work and seemed motivated to make her life better. Having Amber around would not only make his libido happy, it would be good for the spa.

An idea slowly formed in his mind, so good it made both the rational and pleasure sides happy. If he could just talk her into it...

Closing his eyes, he eventually drifted to sleep, doing what he did best, plotting and planning.

It's a quick and engaging story, at times very funny. Mave at LibriAmoriMiei
If you're looking a fun read, grab your copy!  Julia at Romorror Fan Girl