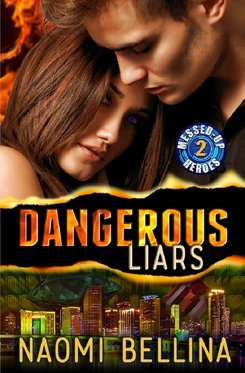 Music from the jazz trio rolled over Jaxon like warm water, helping his shoulders ease down a notch. He flicked his wood and silver lighter and ran his thumb over the abalone guitar inlay. A gift, from his father. Dad said he got it from a famous rock star, but the old man lied a lot. Embellished, not lied his mother use to say. Smiling when she did, sometimes rolling her eyes too.
Good idea, coming here. Clear out his brain. Work on how he'd approach his old friend Riley.
Warm weather in Bangor, Maine brought out a good size crowd at the street fair. Sixty-two degrees in the early evening, with a light breeze blowing the scent of hot dogs, cotton candy, and fried doughy crap his way. Everyone out spending money on food, alcohol, and cheap doo-dads the vendors peddled. Half of the people wanting to be entertained by the performers, the other half trolling for action, trying to get laid.
A juggler wandered around tossing flaming balls, musicians strolled, playing various instruments, a woman in a skin-tight fluorescent dress performed card tricks, while engaging and distracting the people. Distracted people were effortless marks.
Jaxon shook his head. Where did that thought come from? He gave up stealing long ago. Tension, making him fall back into old thought patterns. But damn it, how easy it would be to snatch a wallet, or dip his fingers inside a purse and lift out a few bills, the way he used to do years ago, with Riley and the gang. Jaxon's fingers itched with the urge to try. It would be a cinch to remove a billfold from these party people.
Like that.
Jaxon blinked.
A blur, so smooth he barely noticed. A wallet, sliding from a jacket pocket, into thin air? No, it couldn't be. He rubbed the bridge of his nose. Stress playing tricks with his eyes. But his former thief instincts sprang to alert.
Someone in this crowd was picking pockets. No one he could see, but it was happening. There. A woman, absorbed in a conversation with her friend, her purse hanging carelessly on her shoulder. The beaded handbag moved, maybe from a gust of the wind, but then the clasp on top opened.
He stared as a sparkling coin purse seemed to float from the bag, unzip, and paper money appeared in the air one second, then disappeared the next. He saw no hands, only the slightest movement. Unless he'd been watching for it, as an ex-thief, he wouldn't have seen even that.
Jaxon lit his cigarette and continued to watch the phenomenon move through the crowd. A jacket lifted slightly from where it hung on a vacated chair, the wallet opened, then returned. Subtle moves, but not his imagination.
Taking one last drag on his cigarette, he stubbed it out and rose, then casually walked toward the latest movement and leaned against a brick wall. A purse under a chair opened and in two strides he was on it, reaching down with his hand, brushing a solid, warm body.
"Shit." A muffled curse sounded.
The invisible thief shoved him and Jaxon almost lost his balance.
Then, where nothing had been but air, a young woman appeared, dressed in a purple bodysuit that hugged her curves. Her light brown hair was pulled into a ponytail, with purple tips on the ends. Scars ran along one side of her neck and up her cheek.       He looked into violet eyes gone wide with surprise, then grabbed her arm.
She stared at him for a second, then jerked the arm he held. "Let go."
"I won't hurt you. I just want to talk."
"I don't." She pulled again, but he held fast.
Jaxon turned as a woman tapped his shoulder. "Hey, what are you doing at my table?"
"I'm just…" He swiveled back to his captive as she struggled in his grip.
"I said let go of me."
"Are you bothering that girl?" The woman planted her hands on her hips, chomping on a wad of gum that had turned her mouth blue.
"No, I need to talk to her."
"Yes, he's bothering me." His prisoner squirmed.
The woman took a step closer. "I don't think she wants to talk to you. Get your paws off her before I call the cops."
Uh-uh. No cops. Jaxon released his grip and raised his hands. Smiled his innocent, charming smile and faced the woman again. "No need for that. We'll take our conversation elsewhere."
The gum-chomping woman rolled her eyes. "I doubt that. You gorgeous hunks, think you're God's gift. Wake up." She leaned in even closer and stared at Violet. "Honey, just because your face is messed up doesn't mean you have to take crap from any man." She grabbed her purse from under the chair. "I'm joining my friends over there. My karate friends. He bothers you anymore, you yell. We'll come running." She spun on her high heels and click-clacked away.
Jaxon watched her go and when he turned back, the girl in purple was gone. He should vacate the vicinity too. He didn't need to call attention to himself, and if anyone here noticed their missing money, they might remember the face of the man who grabbed a young woman. He faded to the back edges of the crowd and leaned against a wall, watching. She was still here, he sensed her.
There, a ripple of a coat hanging over a chair. The wallet inside appeared, opened, and was tucked back in. He pushed off from the wall, ready to swoop and grab, when the invisible woman appeared again. She smiled, stuck out her tongue, and – as he stepped toward her – she faded into the night air.
Fuck. Jaxon leaned back, his mind spinning. Invisibility. Now that would come in handy getting a stone off an island. His plan just changed to include a woman with purple eyes.