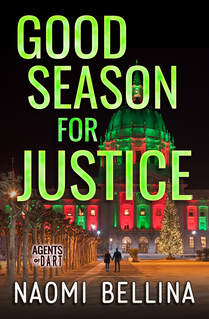 He leaned back in the chair and cracked his knuckles right as the explosion ripped. Then he hit the button on the keyboard and played the video again. Excellent! The explosion would rock the building with the exact amount of charge to demolish only his target with no peripheral damage. Just the way he planned.
And it would damage his target all to hell. Those bastards would get what was coming to them.
"Did you see that stupid necklace he bought her? Ugliest fake pearls ever. She hasn’t worn a pearl in her life. I swear, that guy is so stupid."
The female voice behind him took him by surprise. He clicked off the page immediately, resisting the urge to turn around. No one could see the computer screen. From the corner of his eye, he watched two young women sit in the chairs next to him.
Seriously. All the open spots in the place and they had to park it right there?
"I don’t know what she sees in him. He’s, like, the biggest jerk. Always thinks he’s right, bosses her around. She could do way better."
"I don’t know," the second girl said, in one of those high-pitched voices that set his nerves on edge. "He’s kind of got this bad boy, good guy thing. Like, he can’t stop screwing up, but he’s crazy about her and has to keep proving it."
Oh, hell no. Not going to listen to two women going on about their friend and trashing some dude. Why didn’t they just move? He pulled his hoodie closer around his face. What could he do to make them move? He tensed his gut and forced out a belch.
The women stopped talking, giggled, and then resumed.
"That’s only cute for a while. It’ll get old soon. I think he’s got issues. Like, serious issues that you read about after someone goes totally crazy and shoots up the neighborhood."
Maybe a fart, but he couldn’t bring himself to go that far. He signed off the computer. Enough for one day anyway. He had all the components together and all the information he needed to set the bomb. No reason to keep looking at videos or instructions now.
"Everyone has issues. His aren’t the worst. But I think she should give him back that ring. She’s never going to actually marry him."
"Don’t say never. He could win her over. This is a good season for love, you know? All the lights, the Christmas music, the holiday cheer."
He couldn’t stop a grin as he reached down to grab his backpack. Without letting the women see his face, he got up and strode out of the place.
A good season for love. Christmas used to be his favorite time of year to share with his love. Not anymore.
Now, this was a good season for righting a wrong. For taking down those high and mighty people who thought they could do whatever they wanted. Show them they weren’t the almighty gods they thought they were and that bad people paid for doing bad things.
It was a good season for justice.