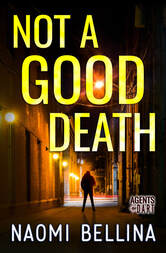 This totally rocked. Lily fought to keep a goofy grin off her face. She was on the DART business jet, back to work, Dillon next to her, ready to take on their first mission together as an official team.
“Nice way to travel, huh?” She turned to Dillon, only partially successful hiding the goofy grin.
“Way better than a commercial plane.” Dillon took her hand and squeezed. “Is there a shower in the bathroom? I’m totally going to take one if there is.”
“No shower, but there’s plenty of space. Your knees won’t hit the door when you sit on the toilet.”
“And there’s a lounge and galley in the rear section, right?” He swiveled to glance behind him. “You hustled me into our seats so quick, I didn’t get a chance to look around.”
“Because we were running late this morning. Because you weren’t ready.”
“Because you kept me up late last night.” Dillon leaned over and whispered in her ear. “I bet there’s a couch in the lounge. Want to join the mile-high club?”
His warm breath on her skin sent a delicious shiver down her spine and heat to her core.
“What makes you think I don’t already belong?” she whispered back.
Dillon laughed his low, sexy laugh, almost like a growl. “Then we’ll move on to the premium membership group. Bet you didn’t even know about that. To get in, you have to ... ”
“Are you both ready to go?” Their pilot appeared in the cabin, looking way perkier than Lily ever looked in the morning. Which was a good thing. Pilots should be awake and alert.
How did anyone get their hair and make-up together at the crack of dawn?
Dillon shifted away from her but kept his grip on her hand. “We’re ready when you are.”
“Buckle up and we’ll take off. The tower is waiting. ”
Lily dutifully fastened her seat belt, missing Dillon’s warmth next to her. They’d have to discuss this premium membership thing later. Dillon was making it up, she knew, but enjoyed his creative mind when it came to sex. She shoved a stick of gum in her mouth to keep her ears from popping during the ascent, and minutes later, watched the ground disappear out the window.
Hot damn! They were on their way. Lily settled into her seat. If she and Dillon succeeded with this mission, they could be permanent partners at Damage Avert and Rescue Team, the specialized FBI division that employed them both. She’d been with DART for five years, but Dillon was a newbie. The agency didn’t normally take on former soldiers, so he’d be a first. He’d helped her on an assignment the previous year as a civilian consultant, and they’d completed the mission and got along well.
Really well. So well, they’d rekindled a romance that had flared briefly over two years earlier and decided to explore it.
Lily rubbed her arm. The ache from the fracture still throbbed occasionally. On that last assignment she’d been wounded and, with Dillon’s help, recovered. While she healed at her apartment in Atlanta, Dillon had moved into a unit down the hall from her. They’d spent the past months getting to know each other, and to her delight, merged their lives together with fun and love.
Dillon went through DART training and because of his previous specialized military skills and his above-average intelligence, he quickly made it through the rigorous field agent instruction program.
So now they had to prove partners in life could be partners at work. No problem. Of course they could. She and Dillon had great chemistry together, communicated well, and were both smart. This was the start of a wonderful new chapter in her life.
“Seat belt light is off,” Dillon said, unclicking his. “I’m going to check out the galley and see if they’ve got juice. You said there’s an espresso machine on board. You want more coffee, right?”
He knew her well, knew the sludgy cup she’d gulped from the quickie-mart wasn’t enough. “Yes, please. I think there’s directions by the coffee maker.”
“I’ll figure it out. I’m going to check out this big bathroom, also. Be back soon.” He gave her hand another squeeze before he left.
He’d look at the couch in the lounge, too, she knew. They’d only be in the air a little over an hour and a half, and with a pilot and co-pilot on board, they wouldn’t have the opportunity to explore the “premium membership.” But Dillon would think about it.
The goofy grin came back, but only for a moment. They had to be professional, pay attention, and keep their shit together, to not only prove themselves, but also to make DART look good. They’d brought in the bad guy on the last case they worked together, but they’d also stirred up trouble, the kind that put an agency like theirs under scrutiny.
A lot hung on this mission. She undid her seatbelt and stretched.
But it still totally rocked.