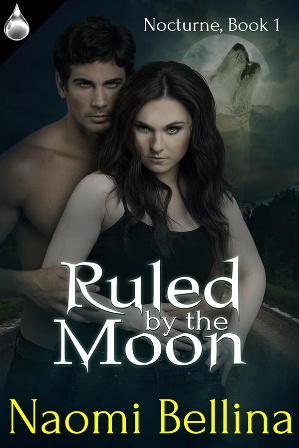 “You really should get that lock on your door fixed.”

Morgan stood in the kitchen, leaning casually against the counter, not looking overly concerned to have a shotgun pointed at her.

“You really should knock and not sneak up on people.”

He lowered the weapon. “I leave the door unlocked a lot. Most people around here do. It’s not an invitation to enter my home.” Dylan’s heart pounded. She looked unbelievably hot. The air in the room danced with electricity and a shiver of wanting ran through him.

“How about that bulge in your pants? Is that an invitation?”

Aware that his cock was standing at attention, Dylan called up every ounce of self-control he possessed. The very worst thing in the world that could happen right now was for him to be close to this woman.

“Morgan, you need to leave. Now. It’s not safe for you to be here.”

Smiling seductively, she walked toward him. He backed up until they were both in the dining room. Her eyes sparked as she undid the tie on her coat and dropped it to the floor. He moaned. The reality of her naked body was better than his imagination. Full breasts, with brown jutting nipples, a little roundness to her belly and hips that begged for his hands to hold them. She didn’t shave herself bald, revealing the hair on her head to be her true color.

“Look, I know you think this is a bad idea, but I’d really like a chance to prove it’s not. I know you want me. There was enough fire in that kiss to ignite a volcano. Come on, let’s give this a whirl and see what happens.”

Smiling, she walked to him and brushed her breasts against his chest then leaned her pelvis close, rubbing against his pants. The silk material was so thin, he could feel her coarse pubic hair on his stiff cock. Dylan closed his eyes. He knew he needed to get the hell out of that room but he couldn’t move. His body ached with desire.

Reaching through the opening of his pants, she grabbed his cock and slowly stroked it with her fingertips.

“Damn, you feel good. I’m so ready for you.” She put his hand between her legs.

He could feel her heat and almost taste her wet juice in his mouth. Saliva formed and a powerful rush of energy roared through his body. Don’t, don’t, don’t! His mind told him to push her away and run like hell, while every cell in his body longed to take her.

Calling up every ounce of strength he possessed, he pushed the animal back and wrapped his arms around her, buying his nose in her hair. That smell! It was more intoxicating than his whiskey. As his body made contact with hers, heat seared through him in a path right to his soul. She fit perfectly, as though she were designed for him. His heart leapt, and for just a moment, he thought it was going to work. He was going to make love to this enchanting woman. He was going to see his hunger reflected in her eyes, was going to feel her move with him in that ancient dance of desire. He was going to wake up to her smile in the morning.

Then he brushed his hand across her bare back and his nail dug into her skin.

Morgan yelped and pulled away from him.

Shit. It was not going to work. He couldn’t hold it back, he was going to change.

“Get out of my house, now!” he ordered

Morgan backed away slowly. “Why? What’s going on?”

“Get out!” He turned his back to her.

He stood, panting, trying desperately to stop the shift but it was no use. In a few moments the beast would be in control.


I got lost in the tale from the first page to the last. I think everything came together really nicely and was well written...These two are absolutely made for each other and I think Naomi did a great job creating the perfect chemistry between these two hotheads...  Marie at Marie's Tempting Reads


The well written scenes and details capture the imagination and the well orchestrated events draw the reader in and bewitch them into reading every last word...The magical town fascinates readers and holds them captive just as much as all the intriguing characters and the author has added her own unique and interesting elements to her world that ensure that the readers will want to visit again and again. I was completely enthralled with Morgan and Dylan’s story from the very beginning and I am looking forward to reading the Nocturne adventure – I wonder whose it will be… Stormy Vixen at The Jeep Diva