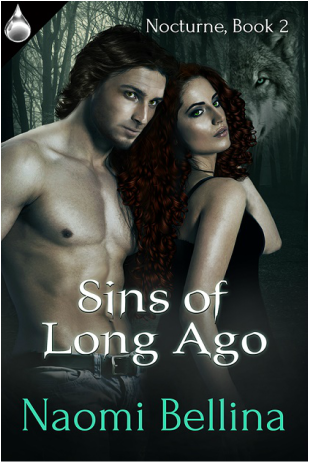 “Have I managed to turn you off yet? Scared you away?” With one finger, Vincent gently moved her chin, tipping her face toward him.

In his dark eyes she saw unease, despite the sureness of his words.

“I’m also the leader of a pack of werewolves who need my attention. I work long hours with my job and the pack, and now and then my phone rings all night. Once a month, sometimes more, I turn into a wolf and hunt, kill, and eat animals.”

“Now are you scared?” he asked, lowering his lips toward hers.

A little, but not only for the reasons he thought. Vincent stirred feelings in her, desires she’d buried long ago and had no intention of digging up until she’d met him.

The kiss started slow, tentative, as though he were gauging her response. Beneath the gentle movements of his lips she detected a hunger, a need, so close to the surface she could taste it. His scent, which had tantalized her as soon as she’d come near him, rose stronger, sending a burst of moisture between her legs. She moaned, the arousal that had begun the moment they’d touched scorching a path down her nerves. Her body moved almost of its own accord, leaning into him. She opened her mouth and welcomed his tongue and the feel of his arms pulling her in, suddenly desperate to be closer to him, to feel the warmth of his body, the touch of his fingers caressing her skin.

He cupped the back of her head with one hand as he increased the intensity of the kiss. The other hand slipped under her shirt and curled around her ribs. He was hot, warmer than her own body temperature. His thumb stroked her stomach, and then his hand moved up until he reached her bra.

In the distance an owl hooted. The fire snapped and crackled, but these sounds only dimly registered. In the forefront of her senses she heard Vincent’s breath and her own, both coming fast and hard. He cupped her breast over the fabric and squeezed, then with a moan, tore his mouth from hers and moved it to her neck. He kissed and licked there, biting the skin lightly with his teeth. She felt his body shudder and suspected he held back from what he really wanted to do to her.

He pulled away again and reached in his pocket.

“Look, I’m turning off my phone. I don’t very often, but I need uninterrupted time with you.”

His voice, hoarse with desire, sent molten flames licking at her spine. She took the moment apart from him to catch her breath. Did she have a blanket in her car? She longed to get out of her clothes, to feel his naked body on top of hers. Skin to skin, soft on hard.

He cupped her cheeks with hot, rough hands she had to have touching her body. Now.

Too fast? Hell no. She could not wait to run her fingers along every inch of him, to touch him everywhere. Start with the rough stubble on his face, move down his neck, through the hair on his chest. Then stroke his firm stomach, over that low patch of hair, down to his cock. It’d be hard, so hard, and would fill her hand like she was meant to hold it.

His mouth covered hers hungrily, and he crushed her body to him again, this time with both strong arms. His hands roamed up her back and trembled slightly as they caressed her. He undid her bra, then slid his fingers to her breasts and brushed his thumbs against her taut peaks.

She whimpered into his mouth. Her nipples had hardened the moment he touched her; they were now painfully erect, and she longed for him to take them in his mouth. As though reading her mind he grabbed her sweater and bra and pushed the clothing up to her chin, then bent his head to her breast. He licked and sucked one while his thumb and forefinger fondled the other, the movement flooding a current of desire from her scalp to her toes.

As often happened when she became sexually stimulated while outdoors, the elements responded to her growing excitement. The wind blew, rustling the fallen leaves, and the fire flared up, matching the burning heat in her core. No one had ever stirred such passion in her, such longing for more. She’d not let herself feel this deeply with a man. Never. She undid the fastener on her jeans and pulled down the zipper, then guided Vincent’s hand there.

He continued his attention to her breasts and slipped a hand inside her pants. Cupping her pussy with his palm, he used one finger to stroke and probe through her underwear. She squirmed in his hand, desperate to have him go deeper. He finally pushed the elastic aside and eased his finger into her slick folds. She knew she must be sopping wet by now. Tilting her pelvis, she begged him with her body to rub her clit, pushing into his hand. She was wound up like a vintage alarm clock; it wouldn’t take much to send her over the edge.

Finally he touched her nub, ever so gently. She groaned in frustration, and he growled, the sound sending even more currents of heat through her.

“If I get any hotter I’ll turn into steam. I need to…”

Reviews at Amazon and more

Sins of Long Ago is an exceedingly well-written story with an intriguing plot. The characters were thoroughly likable, including the secondary characters, and, along with humorous situations, the story has some good action and suspense. Loved the slow build-up in the sexual tension. All in all, a five star great read.

If you like Love Stories this is definitely a good one to add to your collection.

I really enjoyed this book. The characters were awesome and the magic was amazing. Glamour magic is so cool to read about and sounds like fun and mischevious. Love the alpha.. mm hott.The adventure in this story was so interesting and kept you on the edge of your seat until it was over. Loved it.

I love the fact that the author made strong characters. For Vincent he had to have a strong personality to be an alpha, but in the same aspect Genevieve had to be strong headed and strong spirited to be able to be worthy to attract an alpha. Genevieve isn’t only strong but is also unselfish. I was so in love with her character.

I would highly recommend this book. You will not be able to put it down. This was the 1st book I have read of Naomi Bellina. Look forward to reading more books by this author.

Sins of Long Ago is awesome! I got caught up in the riveting storyline...Readers are in for amazing chemistry, sexual tension, danger, action, suspense and scorching hot scenes between Genevieve and Vincent... Sins of Long Ago is well paced, setting was realistic, and descriptive details. I could imagine myself at Garden Magic in Nocturne or seeing Vincent's wolf for the first time... Sins of Long Ago, Nocturne Series, Book 2 stole the show. You'll just have to read the novel to find out what happens next and you're in for a HEA. DebA at Night Owl Reviews


This book was a real page turner. It was exciting, spicy, sexy, and freaking AWESOME as hell! Its splendidly written and makes an excellent read...I really liked the characters, both main and secondary. Everything about this story was interesting, from the shifters, witches, curses, and plot. Vincent makes one hell of a sexy and unpredictable hero while Gen is smart fun and has a determination like no other to stop the curse that was put on her family. The sexual tension between these two crackles. Sparks fly with every touch and the sex is freaking SCORCHING! Marie at Marie's Tempting Reads

Vivid imagery bring the story to life while the suspenseful events draws the reader in and refuses to let go with some tense and emotional events within the pack, adding depth and intrigue to the story while magic adds some spicy flair. I thoroughly enjoyed my visit to Nocturne; it is one fascinating town with bewitching characters, sexy wolves, danger and suspense and I can't wait for my next visit to find out what happens next. Evampire at The Romance Reviews

Ms. Bellina’s story is well rounded, plot driven and will keep you turning pages. If you are in the market for a superb paranormal romance, I highly recommend the series...Paranormal Romance and Authors That Rock