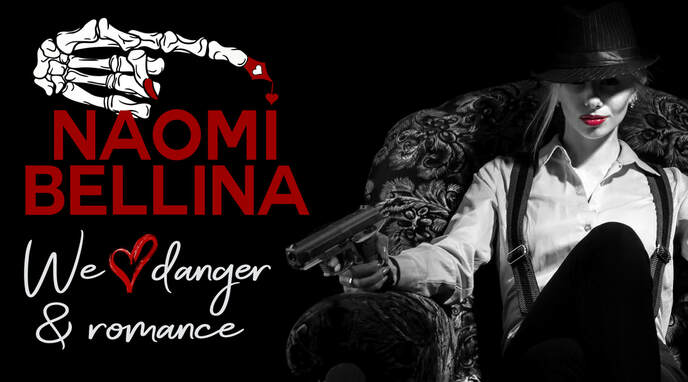 Welcome to my Sneak Peek page

This page is not visible to everyone, only you, my awesome newsletter subscriber. I'm going to share a peek into my life, and let you see how I get ideas for my books. Thanks for stopping by!
The  growling you hear in the background is from my friend's two dogs. They are definitely having some fun.
When you write suspense and mystery, you think a lot about death and creative ways to kill people. So if I see a sword fight going on, I'm all over that! These strong, brave knights were part of the Brevard Renaissance Fair this year, and I had the pleasure of watching them. Mmmm, knights. No one actually died in this battle, you'll be happy to know. Below the video is an excerpt from She's a Good Girl, the first book in the Agents of Dart series. And someone does die in that book. 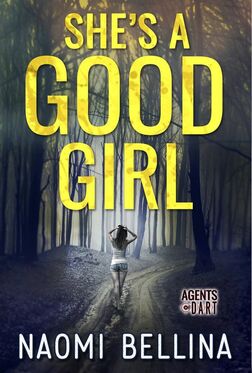 ​“Don’t you come in here, into my house, and accuse my daughter of being a criminal, whoever the hell you are.” Bowen stepped closer to her again.
Be professional. Don’t screw up this assignment. Or she might not get another one ever again.
Turning the trust-me smile back on, Lily stepped back a pace and pushed down the anger threatening to take hold of her and make her say something that would end her career. “I’m not accusing Jessica of anything. I’m only saying, it appears your daughter is bit unruly. It’s possible she went out, partied with some people, and is still out. She didn’t have plans to go anywhere last night?”
Bowen crossed his arms. “Sara and I went to dinner for our anniversary. Cassie and Jessie stayed home. Were supposed to stay home. I’ve already told the chief everything I know. Whatever agency you’re with, you get your people out here and find her.”
The last words were delivered as a shout. The man had obviously reached his limit. She’d talk to the police chief, see what he had, and get with the two women later, if needed. Best-case scenario, Jessica would arrive in a cab or car service in an hour, do her walk of shame, and this trip would be for nothing. Lily could hop on a plane and be back home in Atlanta in time for dinner.
“Yes, sir, I’ll do that.” Lily debated holding her hand out to shake, kept it at her side. Bowen would likely crush her bones to dust at this point. “Here’s my number, if you think of anything else.” She pulled a card from her pocket, then put it on a side table when Bowen didn’t take it. “I’ll be in touch.”
“Get in touch when you have answers.” Bowen turned his back to her and the chief and walked away, catching his wife’s arm and guiding her into the kitchen.
Another noise from the top of the stairs where Cassandra still sat. Cute girl, with long, wavy hair and worried eyes. Lily took another card, held it up and waved it, then placed it on a stair. She turned to Haladar. “Can we talk outside?”
“Damn straight we will.” He stomped out the front door.
Lily pushed out a breath. She wanted to prowl around and get a feel for the place, inside and out, but needed to talk to the police chief before he blew a gasket. She tucked her tablet back into her field bag and followed Haladar.
This was why she preferred straight rescue missions. Get in, get the subject, get out. No arguments, no bullshit politics. Lily walked down the driveway to where the chief’s car was parked.
“What the hell do you mean barging in on my investigation?”
Haladar stood with his back to the rising sun, forcing her to shade her eyes with her palm to see him. Lily patted her front pocket but realized she’d left her sunglasses in the car.
“I’m sorry you didn’t read the message from your sheriff. As I said, I’m with Damage Avert and Rescue Team. We handle sensitive situations like this one.”
“This is not a sensitive situation. Girl went out partying, got drunk, passed out at her friend’s house or with some guy. She’ll come home any minute.”
“Which is what I sincerely hope happens. But if not, it’s my job to make sure this doesn’t turn into an incident.”
“You’re FBI?”
“Yes, DART is a subset of the FBI. We work with you, and the Blane county sheriff, and everyone else in law enforcement. But we’re the lead.” Lily took a step to the side. Better. Now a tree blocked the rising sun. “Part of our mission is to ensure national security by making sure that if a kidnapping occurs, the family is not subjected to blackmail, or other type of coercive threat, and that sensitive information is not leaked to external sources that could harm the family.”
“I never heard of you.”
“Most people haven’t. We fly under the radar.”
“What’s the other part of your mission?” He sneered at the last word.
“To bring in persons in danger. Call your sheriff he’ll fill you in. I’m going to finish my coffee.” Lily walked to her car which was parked behind his, opened the door, and sat. Let Haladar cool his jets, talk to Sheriff Sutherland. She sipped, thankful for the double shot of caffeine she’d had the good sense to order.

from She's a Good Girl, Agents of DART book 1

An amazing book. Extremely entertaining, captivating, and interesting read. I could not put it down. Wonderfully written with strong and intriguing characters. I want to read more from this author.
The suspense will keep you on the edge of your chair. Can they save her before it’s too late? The twist at the end surprised me! Can’t wait to read more.
Absolute page turner. I’m not one for suspense but this book touched on every aspect you expect in a book. I couldn’t put it down, read it in a day.
​Good suspense read. Suspense, action, riveting, drama, and romance. Hard to put down.

It's always fun watching these giant ships leave the port. One day I want to murder someone on a cruise ship. In a book, I mean. Or do I?
I'm supposed to be home working on my taxes today, but it's beautiful outside! My honey and I had to get on the motorcycle and go for a ride. I tried to add narration, but obviously, I need to work on the talking while on the bike thing. Back to taxes later tonight or tomorrow, I promise! 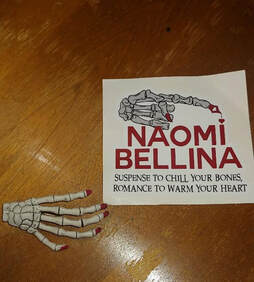 A couple of items that will be contest giveaways soon. Stay tuned.
I sort of played hooky from the day job to go to a writing workshop in Daytona Beach. My brain thanked me for the change of pace.
I trap feral cats and have them spayed and neutered to give them better lives, and to cut down on the feral cat population. This little dude appeared in my colony one day, and he has a brother or sister I still need to trap. He's a sweetie, and I wish I could keep them all.
Motorcycles everywhere! Had a great time at bike week. Lots of possibilities for crime and mayhem here, let me tell you. 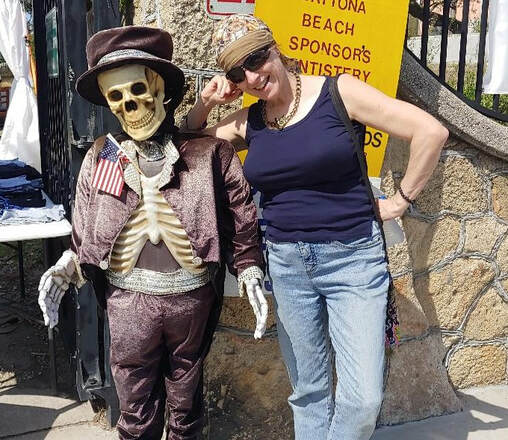 Very loud, very big hail. Very weird! We don't get hail too often, and this stuff was gigantic.
Turn your head sideways, because it looks like once again, I didn't use my phone correctly to take my video. You're looking at a beautiful Florida panther at the Homosassa Springs Wildlife State Park. All animals here have been rescued, which is good, because I don't like to see wild creatures behind bars and in cages. And I wouldn't want to meet this dude up close and personal, either. He looks mighty strong.