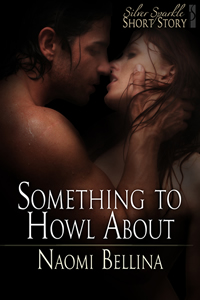 Red began to visit the resort town during her time off. Lee was delighted to have the company. She showed him around the area, and he made dinner for her. He turned out to be an excellent cook who loved to try new recipes. They would wander through the grocery stores to find just the right ingredients and then laugh and have fun in the kitchen together.

He knew a little about wine and Red listened eagerly as he explained the differences between the many varieties. Lee showed Red a few rumba steps and she took him on a nature walk and pointed out the many wildflowers native to the area.

They took motorcycle rides together on the long, winding roads. Sometimes they rode on separate vehicles, sometimes together. Those were the rides Red enjoyed the most. With the wind in her face and her arms wrapped tight around Lee, Red was in Heaven. All her problems seemed minor and life was wonderful.

Red dismissed her problematic boyfriends of the past, finding it much more enjoyable to spend time with someone upbeat, pleasant, and who treated her well. They got along beautifully and Red was happier than she had been in many years. They both knew Lee would be leaving soon, so they tried to keep the relationship on a casual level, however, Cupid's arrow found his way to her heart and Red suspected Lee felt the same way towards her.

Sometimes she would catch him looking at her with a certain light in his eyes, and her heart would skip a beat. She reminded herself he was only here temporarily and would be leaving shortly to go back to his home far away, so there was no reason for them to consider a romantic relationship.

It was more and more difficult to say goodbye each time they parted, and she had to restrain herself more than once from taking Lee's hand to hold as they walked together. Not wanting to spoil their fun, Red didn't initiate an intimate conversation, and neither did Lee. All too soon, the full moon time rolled around again.

Reviewed by Hearts on Fire Reviews
"...a cute, updated reworking of a classic story."  http://heartsonfirereviews.com/?p=4315

Reviewed by Sizzling Hot Book Reviews
Something to Howl About was a hilarious twisted tale of Little Red Riding Hood. Fast paced, sizzling touches and the ruling Alpha, Granny, had me hooked. Something to Howl About will have you howling along in laughter...   http://www.sizzlinghotbooks.net/2012/05/something-to-howl-about-by-naomi.html?zx=591f5917347a2c25